These are the words of Jesus to his the apostles from St. John’s Gospel, chapter 14, verse 30. They are addressed by the Lord to them after the Last Supper, following what his called his “farewell discourse”. They are words also, I believed directed to all of us in this new year. As we are called more and more into the new year, with all of its concerns, but blessings as well, we hear these words of the Lord to us. We certainly still look back toward the celebration of the His birth, as we are yet in the Christmas season, having just celebrated the Epiphany on January 6, and his baptism on this coming Sunday of January 13. Both the Star which led the Magi to the Lord, the voice of God the Father at Jesus’ baptism, and the Lord’s first public miracle, the changing of the water into wine at Cana in Galilee, are spoken of by the Fathers of the Church as “Epiphanies” – that is manifestations of the glory of God to the world.

Thus, as we still look to the celebration of the birth of Christ, we now “rise and be on our way” to this new year that awaits. It is not any year, but also a “Year of Faith”, to receive once again, and to propose again, the good news of Jesus Christ to our world, and our culture. The Diocese of Orange has already embarked upon this year of Faith as part of the “New Evangelization”. At the same time, let us look into this month of January with the many opportunities for growth in Faith that are already there: National Migration Week (reflecting on the lives of Migrants as reflected in the “Magi”; the events surrounding the 40th anniversary of Roe v. Wade – both in Sacramento and in Washington, D.C.; the Week of Prayer for Christian Unity; Catholic schools week, and all of the Saints days that beckon us this month: the Conversion of St. Paul, St. Vincent, St. Agnes, St. Thomas Aquinas and more.

Finally, the words of Pope Benedict XVI, in his address to the Diplomatic Corps accredited to the Holy See, are important for us to consider, as on January 7 he reflected on St. Luke’s Gospel and the birth of Christ: “The Gospel of Luke recounts that on Christmas night the shepherds heard choirs of angels who gave glory to God and invoked peace on mankind. The Evangelist thus emphasizes the close relationship between God and the ardent desire of men and women of every age to know the truth, to practice justice and to live in peace…Yet from the Christian point of view, the glorification of God and human peace on earth are closely linked, with the result that peace is not simply the fruit of human effort, but a participation in the very love of God. It is precisely man’s forgetfulness of God, and his failure to give him glory, which gives rise to violence.” 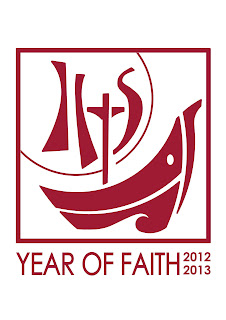 May this new year, and a proclamation of the Gospel anew help us once more to see the presence of Christ in our midst, and there truly find the peace and harmony within ourselves and in our society and culture that is so needed.

As this retreat ends, as we are all now “on our way” into this new year, I would like to share with you some more images at the Cardinal Timothy Manning House of Prayer for priests here in Los Angeles.